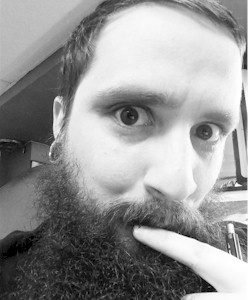 Being from a military family, Matt spent the majority of his childhood moving throughout the United States.  Seven years ago, Matt planted his roots in Wisconsin.  Before tattooing, Matt spent much of his time working on and painting cars.  After feeling unfulfilled in the automotive industry, Matt was introduced to the art of tattooing by his uncle and immediately fell in love.  Matt then began his apprenticeship at Lakeside Tattoo.  He thoroughly enjoys doing old school, American traditional-style tattoos and designs as well as realism.  Matt spends much of his free time airbrushing and painting on a variety of different mediums.